Meet Tom Bartlett; Senior Motion Designer and professional Dad Joker here at Affari. Though his jokes may be deemed ‘uncool’ by the rest of his team, his past life as a snowboarder and musician are far from it! … 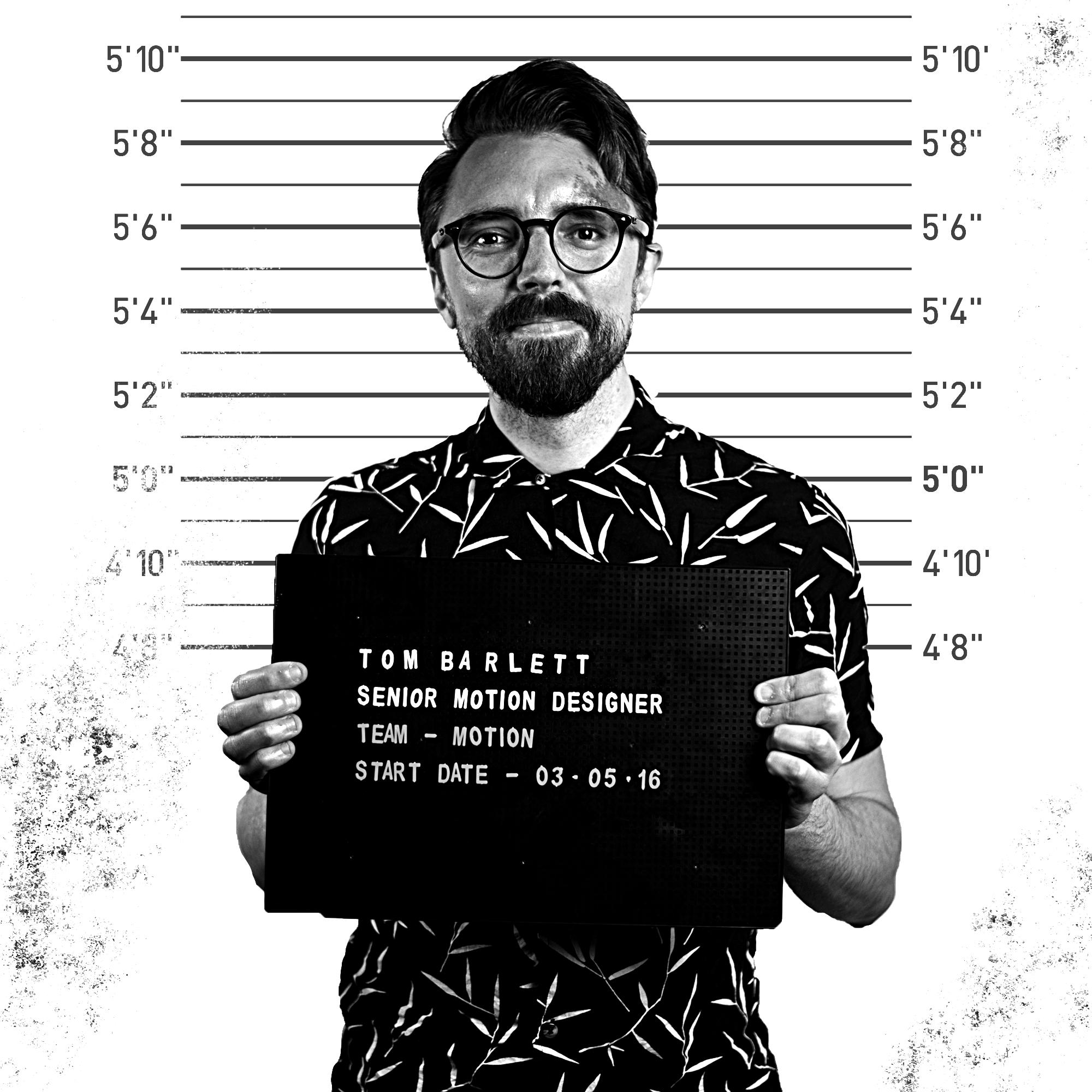 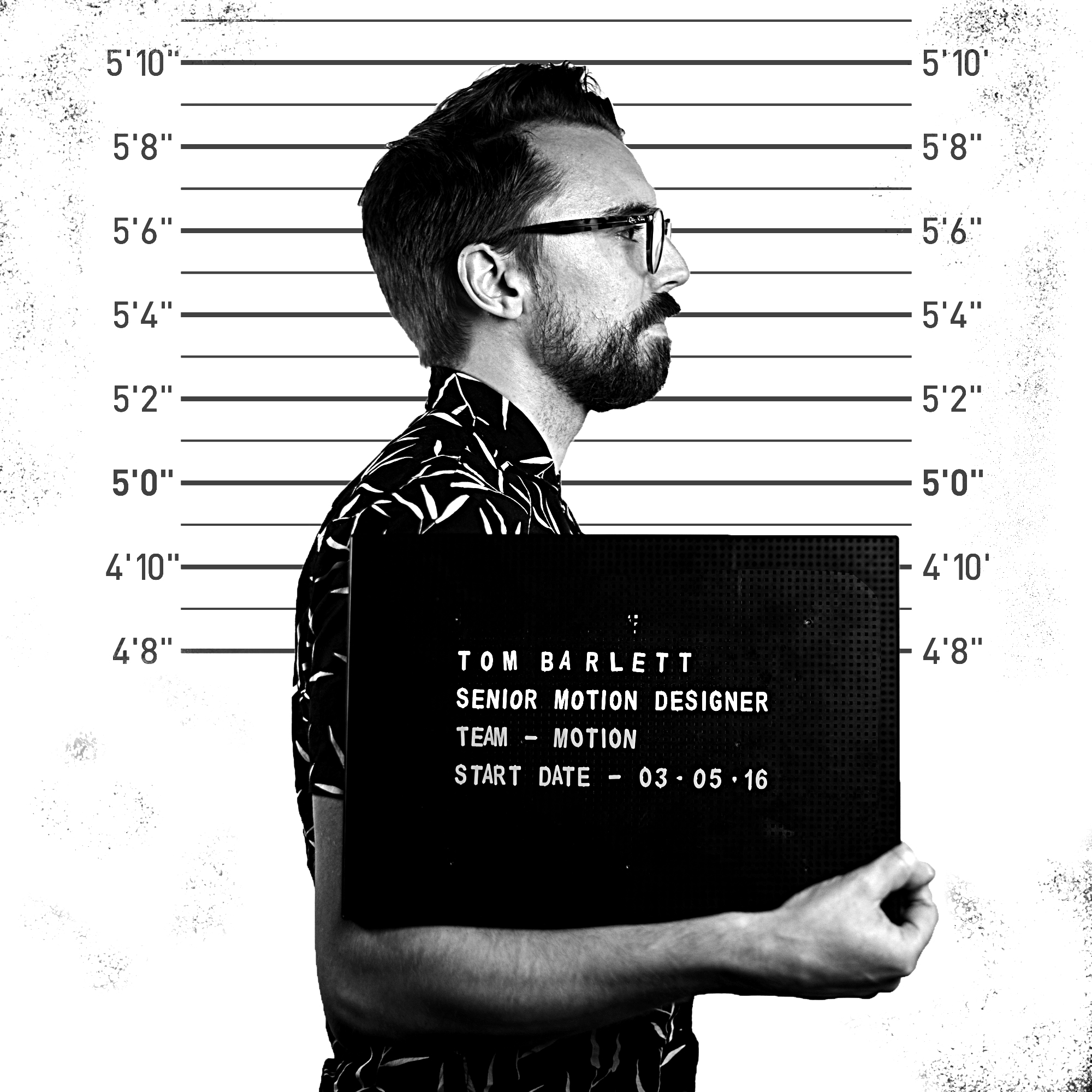 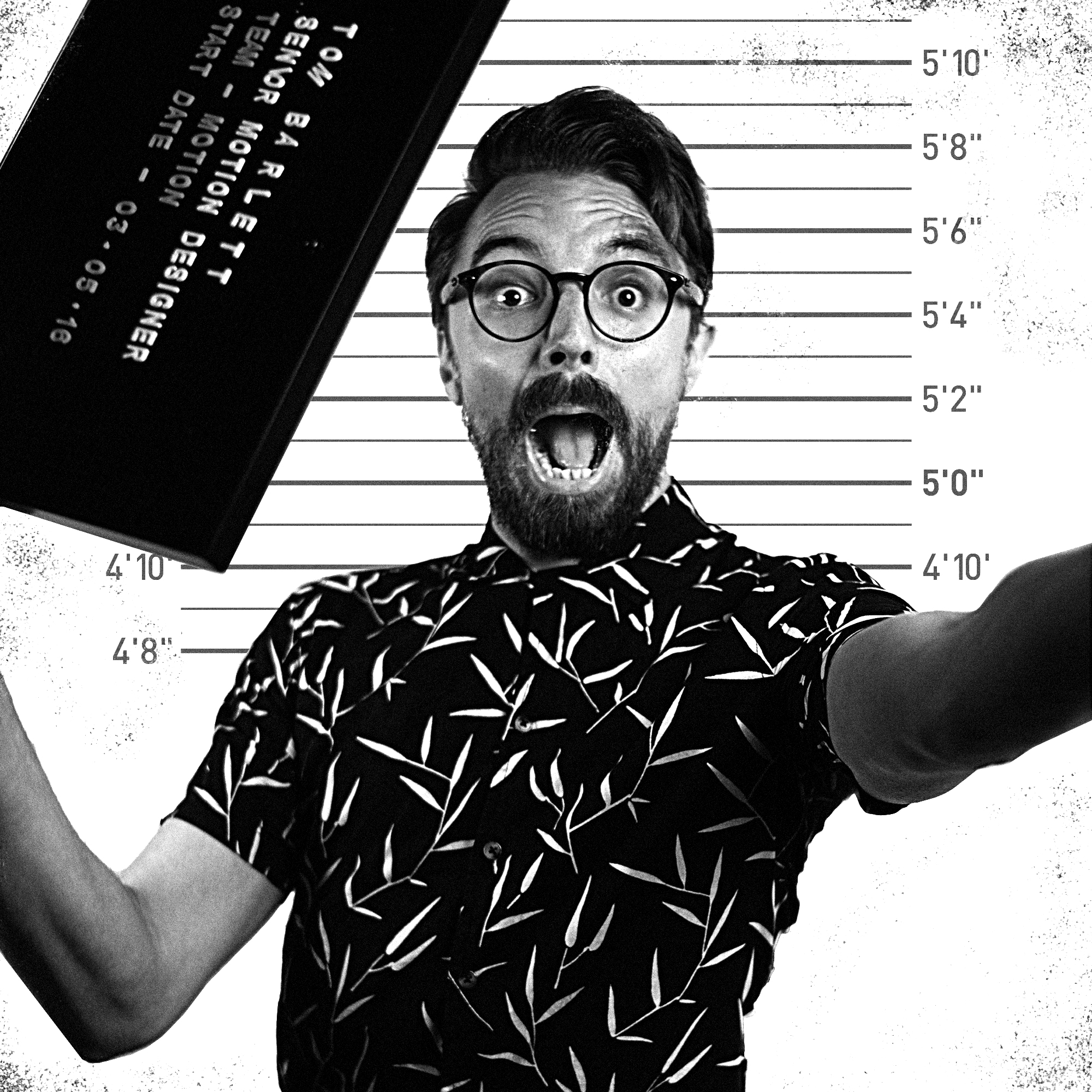 I was actually living in London, working as an Art Director when I first came across Affari. I’d originally been drawn to move there because of its creative culture, plus, after studying an MA in Creative Advertising at Falmouth Uni in Cornwall, it was a welcome change of scene… apart from my first 2 weeks… which were spent boarding my life onto a train bound to Paddington Station and living in a hostel! It was through studying my MA though that initially got me interested in the world of motion design, and after having completed a few internships and been in my Art Director role for a while…I decided to look beyond the big smoke for new opportunities around the midlands, which is when I found Affari! Sometimes I do miss the buzz of London, but I feel I appreciate the City more now going back as a tourist!

So, be honest, what’s been your favourite motion design project that you’ve worked on at Affari so far?!

It’s got to be NTU project! Mainly because it was the most creative and abstract piece of work I’ve been involved in during my time here. The ethos behind the animation was a nice one too, of helping small businesses, it’s nice to be able to work on something that means something to you! I think the success was down to the fact NTU as a client were so open and trusting in us. We were really inspired by the initial meeting and this spurred on the sense of creative freedom. We felt at ease when presenting our ideas to NTU as they were already on board with us from the get go.

What are the three best things about you?

1. Never giving up – I don’t tire too easily and always push myself to the limit. A good example is a few weeks ago when I was climbing, I was 3-4 hours in, losing power, and my hands were falling to bits, but I kept going!

2. Very optimistic – We’ve all been in challenging situations, but I believe that if you can keep some optimism going and know there’s always a solution to any bad situation you might find yourself in, you’ll be better off at the end when you’re finally through it! I think this shows through my work too, because even if things aren’t going smoothly, I don’t let the frustration show!

3. Dry sense of humour – So dry that there is literally no mirage on the horizon. Some people think this is great, others, not so much!

When I was a teenager, I was lucky enough to join the British Olympic snowboarding team! I took a 2 week training trip in Switzerland, which was awesome! It’s the first time I’d been on my own and I got to meet lots of very crazy people. This was in the late 90’s, when snowboarding was more ‘progressive’ – My friends called me a ‘fridge kid’ as I learnt to snowboard at an indoor centre! I actually didn’t break THAT many bones, but the ones I did break made me realise I should probably focus on getting a real job rather than pursuing a career as a professional snowboarder, in the Midlands, where there’s no snow!

I love being outdoors mainly, bouldering is a big interest for me. I also used to dabble in Street Photography for a time, but it got too confrontational. I once took a picture of a really fed-up looking guy, who I then had to run away from. Nowadays, I take photos of landscapes, but I still have to run away from a stag every now and again, who apparently don’t like their photo being taken either!

It’s an excellent proverb to live by. It’s not about being brilliant or being the best at something, it’s all about the journey of how you got there and giving things a go. I got into making music with a band, it was in the early noughties, so were of course an indie band… None of us knew how to record music properly, but I gave it a go, and I eventually got there. Thankfully, this was before Youtube so there’s no evidence of it!

I want to go to Iceland – it’s a very curious landscape, almost magical and mysterious. I’ve heard they do 2 bags of frozen chicken nuggets for £1, Kerry Katona loves it….

The one I just made [*laughs*], I don’t have a favourite of my own because I can never remember them, it’s a spur of the moment thing!

I think the perfect dad joke HAS to be pathetic, if it’s not pathetic, it’s not a dad joke.

Lee Evans has this craft perfected, my favourite one that I like to re-use when I’m drunk and the taxi driver asks me where I’d like to go is….

“Can you go in reverse, so you have to pay me.”

If you were arrested with no explanation, what would your friends and family assume you had done?

Well I did actually break the law the other day, but I didn’t mean to. I accidently walked out of a supermarket without paying for some ginger. So I have to say, they’d assume I was hoarding gingers…wait….that sounds wrong…

What’s the worst smell you have ever smelt?!

It’s a toss up between my old dog and a microwavable curry I once cooked on my lunch break that smelt so horrific, we had to evacuate the office. I have PTSD as a result of that curry.